The franchise that is now known as the White Sox got their professional start in 1901, when the American League was first established as a rival professional league to the National League.  Prior to this time, they had been a minor league team with roots going back to the Western League’s Sioux City Cornhuskers.  The team was moved to the Minneapolis/St. Paul area briefly (by new owner Charles Comiskey), and then given permission to move to Chicago in 1900, when the Western League changed its name to the American League.  They claimed the name White Stockings (a name previously used by the National League club in Chicago), and won the final minor league championship of the American League.  The next season, the American League refused to renew its contract with the National League, and declared itself a competing professional league.  The franchise’s name was adjusted to White Sox initially by headline editors at the Chicago Tribune because “Chicago White Stockings” was too long to fit on the page.  The team officially adopted the shortened version of their name in 1904.

In their early years, the White Sox would win World Series championships in 1906 and 1917, but would be forever remembered for their loss in the 1919 Series.  Before the series started, it became known that the heavily favored White Sox were being heavily bet against.  The indications were that the series was fixed, but little was done to investigate, and the Reds beat the White Sox in 8 games.  The next season, an investigation led to the confession of some of the players, and the lifetime ban of 7 of the White Sox’s best players.  The team went into a downward spiral, and never finished above 3rd place again until 1957.  They appeared in the ’59 World Series, but lost to Koufax’s Dodgers.  They never really put it together again until the 1983 season, when they reached the playoffs for the first time since ’59.  Since that time they’ve gone through several peaks and valleys – making the playoffs in ’83, ’93, 2000, ’05, and ’08, with a World Championship in ’05.  But, in that time, they’ve also finished the season with losing records 13 times, and finished in 4th place or worse in their division 7 times.  This is a team that has certainly gone through some very lean years, but has had its share of excellent players as well.  Here’s their top 5: 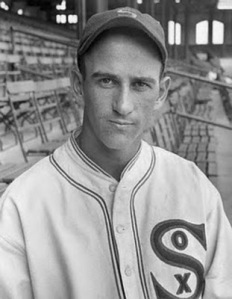 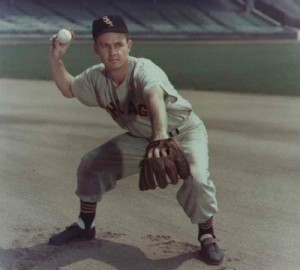 So, who did I miss?  Is there someone that shouldn’t be in the top 5?  Are they out of order?  Let me know what you think.