The city of Cleveland has been a home to baseball since the beginnings of baseball.  They had amateur teams as far back as the 1850’s.  Professional baseball came to Cleveland in 1871, when the “Forest Citys” joined the National Association of Professional Baseball Players, but they only lasted two seasons before folding.  The Forest Citys were resurrected in 1879, when the National League was looking for some new locations for expansion.  For the 1882 season, the National League required distinct colors for their teams, so the Forest Citys became the Cleveland Blues.  But, after three seasons of mediocrity, they were devastated when their best players jumped to teams in the Union Association after the 1884 season.  They ended up merging with the St. Louis Maroons (of the Union Association) in 1885.  In 1887, another team was established in Cleveland – the Spiders – as a part of the new American Association.  But, in 1889, this team jumped to the National League.  They enjoyed some success early on, with the help of Cy Young, winning a championship in 1895.  But, prior to the 1899 season, their owner bought the St. Louis Browns.  And, in an effort to load up the talent, he sent the Spiders’ best players to St. Louis.  With a decimated team, the Spiders lost games at a record pace – finishing 20-134, the worst record in the history of baseball, even to this day.  After that season, the Spiders were disbanded by the National League.

In 1900, a team from Michigan moved to Cleveland, and became known as the Cleveland Lake Shores.  They were a part of the Western League (a minor league, initially), which changed its name to the American League in 1900.  And, in 1901, the American League broke its contract with the National League, declaring itself a competing professional league, and the newly named Cleveland Bluebirds were one of its eight charter members.  They were the Cleveland Blues to the media, but the players disliked the name.  In 1902, they attempted to change it to the Cleveland Broncos, but that didn’t stick either.  In the middle of the 1902 season, Napoleon “Nap” Lajoie joined the team after a dispute with the National League.  He was quickly named team captain (and enjoyed a brief stint as player/manager) and the team was known as the Cleveland Naps for the next 12 years.  After the 1914 season, they traded Lajoie to the A’s in Philadelphia.  And, when their owner asked the local newspapers to come up with a new nickname, the Cleveland Indians were born.  Even though this franchise was one of the original American League teams, they have gone through some very lean years.  Just three postseason appearances in their first 94 seasons of existence (’20, ’48 & ’54), which resulted in 2 World Championships (’20 & ’48).  In fact, from 1960-1993, they never finished above 3rd place, and only had 6 winning seasons.  But, they’ve had 8 playoff appearances since 1994, including 2 American League championships.  However, the World Series title has evaded them the last 65 years – the second longest drought in baseball.

All that being said, they have had their fair share of talent to come through Cleveland.  They’ve retired 6 players’ jerseys, and there are 12 HOFers whose primary careers were spent in Cleveland.  Here are what I consider the top 5: 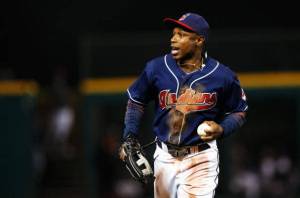 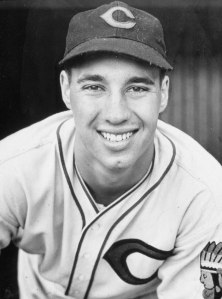 2. Bob Feller (’36-’41, ’45-’56) – one of the greatest pitchers ever – and he gets overlooked too often.  He was Nolan Ryan before Nolan Ryan.  The problem is, he missed the better part of 4 seasons to WWII.  And, not just any 4 seasons – seasons in the middle of his prime – his 23-26 year old seasons.  He came back and pitched 9 games at the end of the ’45 season, so he essentially missed about 3.75 seasons.  But, consider this: he led the league in strikeouts the 4 seasons leading up to his deployment, and each of the first 3 full seasons after his return.  He led the league in wins the 3 seasons prior to, and his first 2 full seasons after his military service.  Had there been a Cy Young award, he would have won 3 consecutive awards, leading up to the war, as he finished in the top 3 in MVP voting each year.  When Feller retired, he had 2,581 K’s – the 3rd most in history, at the time.  Just imagine how many more he might have had, if he hadn’t missed so much time in the military.  He’s at the top of the Indians’ all-time list in wins (266), strikeouts, and complete games (279).  He also ranks 2nd in shutouts (44).  The only reason I don’t have him at #1, is because, like many hard-throwing pitchers, he was intimidating, but also a little wild.  He led the league in walks 4 times, and hits allowed 3 times, and finished his career with a 1.46 K/BB ratio, and 1.32 WHIP – 44th & 39th on the Indians’ all-time list, respectively. 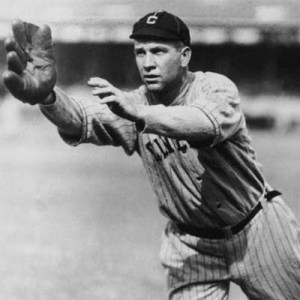